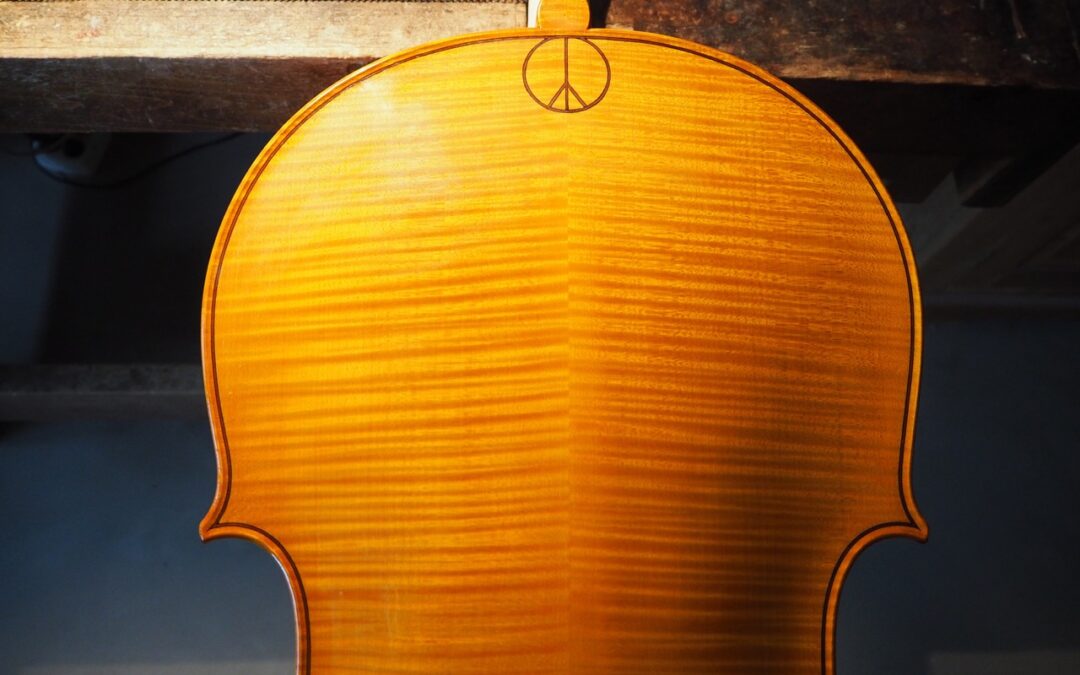 In 2016, the terrible attack took place in the Bataclan concert hall in Paris. I was shocked that musicians and people who listen to music could be targets of an act of terrorism. The expression is correct: where music is made, there is no fighting. In memory of the victims, I decided to cut the well-known 'Peace' sign of peace into the cello. When selling, I would make a donation to the foundation: Musicians Without Borders, they are committed to traumatized children in war situations through music. The donation was also made in 2017, when Kate Moore bought the cello.